Hattie McDaniel and Paul Robeson overshadow the leads in 1936's "Show Boat," directed by James Whale for Universal.  Irene Dunne plays the singer who gives up her fame to follow her gambler husband, riding the ups and downs of his winning and losing streaks, until she eventually leaves him and returns to the stage.  Dunne is great in the part.

But it's Hattie McDaniel and Paul Robeson that really stand out for me.  This version of "Show Boat" doesn't gloss over the racial plot point that forces Dunne's mentor from leaving the show; Julie LaVerne (Helen Morgan) has "mixed blood" and is therefore a Negro, and she's married to a white man.  Her husband pretends to have Negro blood as well, so they avoid jail, but they are forced to flee the show, allowing Dunne's Magnolia to become a star.


Director Whale gives Robeson and McDaniel plenty of screen time early in the film, not just as foils for the white stars, but as real, developed characters with their own backstory.  It's fun to watch them act against each other.  And of course Robeson's rendition of "Old Man River" is phenomenal, and it's given proper visual treatment by Whale.


Here are two visions of Ms. Taylor, from only seven years apart, showing what tremendous range and skill she had as an actress.  In "Suddenly Last Summer" (1959) she plays a young woman in a mental institution, suffering from memory loss and general hysteria, scheduled for a lobotomy by Dr. Montgomery Clift.  She's suffering from trauma (spoiler alert) after seeing her cousin mauled to death at a beach resort.  The cousin was gay and trolled for conquests using the beautiful Liz, and his mother - played icily by Katherine Hepburn - wants to keep this under wraps, so she's happy to lobotomize her niece.  It's a strange, dark, psychological drama.

Taylor is vulnerable and beautiful; scenes of her at the beach, dressed evocatively as "bait" for her cousin, are striking.

She won the Best Actress Oscar for her role as Martha in "Who's Afraid of Virginia Woolf?" (1966).  She's an alcoholic, the wife a history professor who is stuck at a middle rung of his career.  The fact she's the college president's daughter makes her extremely bitter about her husband's failure to advance; and (spoiler alert) their inability to have a child has also taken much of the love from their marriage.  She has turned to other men at the college searching for something she can't get from her husband, leaving their relationship hollow.

It's a classic performance.


In the melodrama "Letter from an Unknown Woman" (1948) Joan Fontaine plays a young woman in early 20th Century Austria infatuated with a self-centered pianist.  She basically stalks him until he notices her; they have a brief affair, she gets pregnant, and he goes on a worldwide tour, where he promptly forgets about her.  She marries a generous man who accepts the child as his own, but she can't get over her infatuation, and when she bumps into the pianist, years later, she can't help but fall for him again.  But he doesn't even remember her!

The husband (spoiler alert) leaves her because of the infatuation, the child dies of consumption (or something just like it), and she dies in a convent - and writes all of this down in a letter, delivered to the pianist after her death.  What a whopper!  He had a son and never knew it; he had her in his arms again, and didn't know who she was.  And Fontaine is great in the role as someone longing for someone and something she will never fully have.
Posted by Jason Betke at 11:10 AM No comments:

Retired 16mm film projection and editing equipment from my personal collection, including a Bell & Howell projector, a single gang sync, and a splicer. 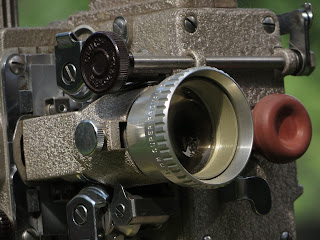 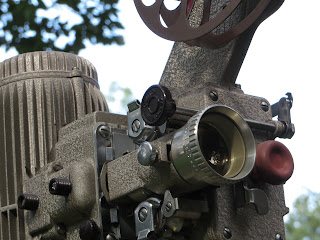 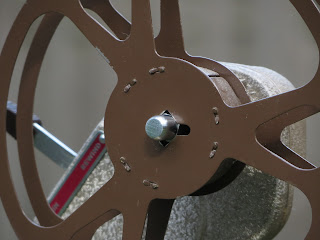 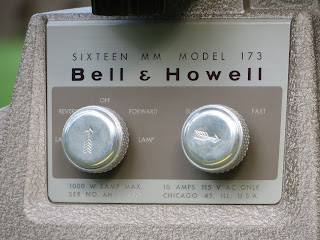 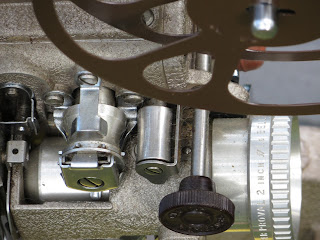 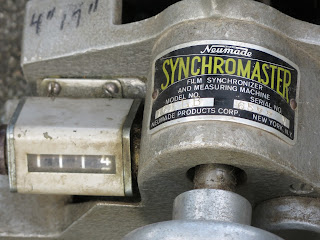 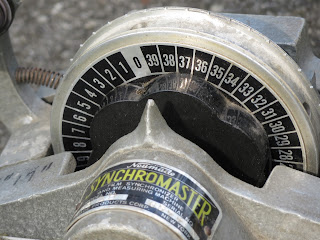 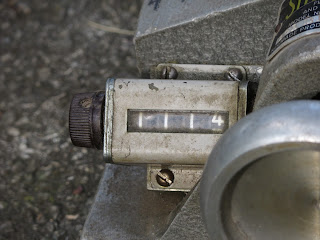 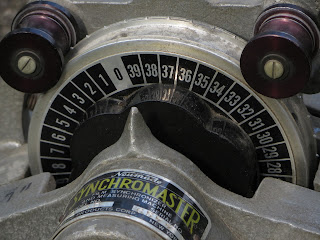 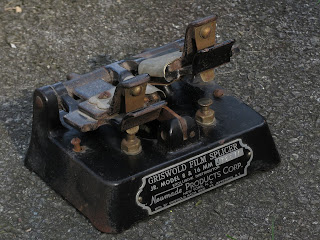 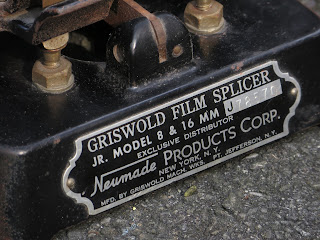 Posted by Jason Betke at 9:20 PM No comments: